We're assembling a world-class line up of local and international speakers for the two days. Here are the speakers we have confirmed so far. We look forward to announcing more soon. 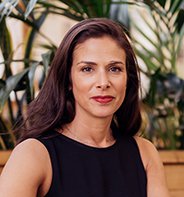 Rachel is a leading trust expert on trust in the modern world. She has been recognised as one of the world’s 30 most influential management thinkers by Thinkers50, named one of the Top 10 most influential voices in the UK on LinkedIn, and honoured as a Young Global Leader by the World Economic Forum. Her TED talks have been viewed more than five million times.

Rachel is the author of two critically acclaimed books, What’s Mine is Yours and Who Can You Trust? She is host of the podcast Rethink Moments, and the BBC series Money, Money, Money.

Her writings on trust have been widely published in the Guardian, Financial Times, The New York Times, Harvard Business Review, and Wired. Rachel’s speaking and advisory clients include Adobe, Google, Xero, PwC, Goldman Sachs, Salesforce, and the Bank of England. She created Oxford University, Saïd Business School’s first course on trust in the digital world. 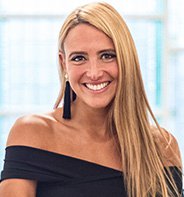 Naturally curious and fascinated by the intersection of humanity and technology, Bianca is an economist, a mathematician and a serial entrepreneur. Throughout her career she has worked as a banker, sales lead, partnerships and product strategy at a biometrics company as the CIO.

She has supported over 40 financial institutions and eight governments as a partner and consultant to help reshape their human approach to technology, rethink the role of digital identity, and support their innovation agendas. As an experienced speaker in data, identity and fintech, she saw first hand the literacy gaps that exist from the c-suite to the front line in finance. All these experiences converged a year ago, leading her to co-found Talle, a global strategic media group specialising in supporting business leaders and fintechs to connect, with the goal of transforming how innovation is done across the financial sector. 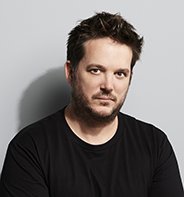 Provocative...powerful... persuasive... this is not your average futurist. Chris is an award-winning human futurist, forensic optimist and energising catalyst - combining insight and energy to provoke, inspire and surprise. In the chaotic state of our world today, there’s never been a more critical time for optimism with rigour. The uncertainty, unpredictability and sheer pace of our hyper-connected world is Chris’ passion - and life’s work.

His obsession with making sense of the discomfort and challenges of this rapidly changing landscape has powered his thinking for over 15 years. Equally potent across myriad industries, Chris’ insight and expertise have benefitted trail-blazing start-ups, government bodies, and Fortune 500 companies. As a renowned strategist and senior business advisor, Chris has worked globally with some of the biggest and most influential brands and businesses on the planet including Jaguar Land Rover, Facebook, Australia Federal Police, eBay, Vodafone and Macquarie Bank. 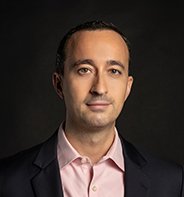 As Chief Economist, Asia Pacific and Middle East Africa, David’s responsibilities include development and delivery of differentiated economic, financial, policy and market thought leadership for customers, Mastercard and public policy. David comes to Mastercard with over 20 years of experience at Standard Chartered Bank having worked in different roles at the bank, including Asia Chief Economist, and most recently Global Chief Economist.

Prior to this he was responsible for coverage of the US economy and covered Latin America providing clients with the bank’s view on Asia in the US time zone. David also worked as a Senior FX Strategist based in London and Hong Kong with the bank. David has won numerous awards for his outstanding work including being the top ranked Asia macro research team among investors in the AsiaMoney poll and the Rybczynski Young Economist Prize for work on the Malaysian ringgit Barometer. David appears regularly on CNN, CNBC, BBC World, and Bloomberg for his macroeconomic insights.
David is a global citizen having worked and lived in the United Kingdom, Hong Kong, New York, and now Singapore.
David holds a BSc in Economics from the University of Warwick and an MSc in Finance from the University of London. 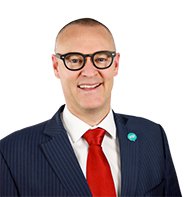 Minister of Commerce and Consumer Affairs, Minister for the Digital Economy and Communications, Member of Parliament

Hon Dr David Clark was first elected as the Labour Member of Parliament for Dunedin North in 2011. He came to Parliament via a circuitous route – having run a University of Otago residential college, worked as a Presbyterian Minister, and worked as a Treasury analyst.

One of the key reasons David stood for Parliament was because he was concerned about the growing gap between rich and poor, which he sees as limiting New Zealand’s social and economic potential. Inequality featured strongly in his maiden address to the House of Representatives in 2012. He believes we can, and must, achieve a fairer society where everyone has an opportunity to succeed.

David has twice lived in Germany and is a former competitive cyclist and Ironman. He is married with three children. 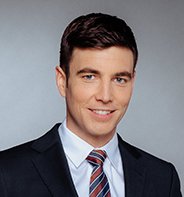 Jack is the host of Q+A on TVNZ1 and Saturday Mornings on Newstalk ZB. Originally from Christchurch, his career has taken him around the World and included five as TVNZ’s U.S Correspondent. Jack has covered natural disasters, the Olympic Games, and the last three U.S elections. He enjoys test cricket, non-fiction, and he considers his life peaked when shared a bottle of red with Sir David Attenborough... in Antarctica.